EU directive 2013/59/Euratom unifies and sets frame requirements for the safe use of X-ray diffractometers, but leaves room for national dispensing and interpretations

Just as it is with many other product safety related matters, there are no general international regulations regarding safety of X-ray devices (including X-ray diffractometers). Every country has their own national regulations, which do not directly concern the manufacturers generally, since (as it is obvious) no nation can globally place direct requirements for how a manufacturer in another country must realize their products. These regulations mainly set requirements for the importers or users of these products, albeit the manufacturers need to take these into account, in order to make it possible or at least easier for their customers around the world to acquire the products. European Union countries are an exception to this, since the union members have together agreed on some unified regulations and directives regarding product safety issues, that every country within EU must conform to. Some of the perhaps best known (related to also X-ray diffractometers) of these are the ‘Machine directive’ 2006/42/EC, ‘Low voltage directive’ 2014/35/EU and ‘Electromagnetic compatibility directive’ 2014/30/EU, which establish (safety) requirements directly for the products, that are intended to be placed on the market in EU.

European Union directive 2013/59/Euratom – ‘Laying down basic safety standards for protection against the dangers arising from exposure to ionising radiation’ was published in 2013 and in it, it was agreed that ‘Member States shall bring into force the laws, regulations and administrative provisions necessary to comply with the Directive by 6 February 2018’.

As X-rays are certain type of ionizing radiation, this Directive outlines the radiation safety aspects also for X-ray diffractometers. However, this regulation does not specify any direct requirements for the products themselves or for the manufacturers in this sense, but instead lays the main safety responsibilities on the users of these devices (or, to be more specific, to the ‘radiation practitioners’ = ‘the undertaking’ as the Directive defines them).

In general, the Directive requires that some kinds of notification, registration, or licensing procedures are needed for operating with all X-ray devices. However, exemptions to this can be done based on the article 26 and point 3 of Annex VII of the Directive by Member State authorities, if some specific criteria are fulfilled and thus the practice can be considered ‘inherently safe’. In addition to this, Member States may just as well require registration or licensing also for any other type of radiation practices, such as importing, manufacturing, storing, holding, etc. of X-ray devices. Thus, it is ultimately up to the Member State’s national legislation, what the actual radiation safety regulations are.

General outlining requirements for the undertaking are established mainly in the chapter VI of the Directive. These requirements concern topics like:


Again, the more detailed regulations for all these topics are established in the Member State’s legislation.

As the general target of the Directive is to minimize the overall radiation dose of people, one notable point is the limit of the effective dose for public exposure – 1 mSv in a year. To simplify things, if the overall effective dose of an employee in a year is below this limit, the work is not classified as ‘radiation work’, which makes things easier for the undertaking. In many cases with X-ray diffractometers, this can be achieved simply by using appropriate radiation shielding and safety distances, but (yet again) the Member States can establish their own more detailed and specific requirements for the safe use of these devices.

Stresstech Oy’s X-ray diffractometers are safe to use

Stresstech Oy’s X-ray diffractometers (e.g. Xstress G2, Xstress G2R and Xstress G3) operate with maximum values of 30 kV voltage, 10 mA current, and 300 W power. According to measurements executed by Finnish Radiation and Nuclear Safety Authority (‘STUK’) on these devices, the highest dose rate at the distance of 2 meters from the target is less than 1,5 µSv/h and the dose rates are significantly lower when even simple plastic shielding is used. Thus, provided that appropriate shielding (e.g. Stresstech Oy’s ‘Xstress Table for X-ray’ or ‘Xstress safety enclosure’) is used and / or adequate safety distances (> 2 meters) are followed, it is very unlikely that the dose rate to the worker could exceed 1 mSv in a year.

Our professionals will help you with any X-ray diffraction and X-ray diffractometer related questions. Please fill out the contact form and we will get back to you shortly. 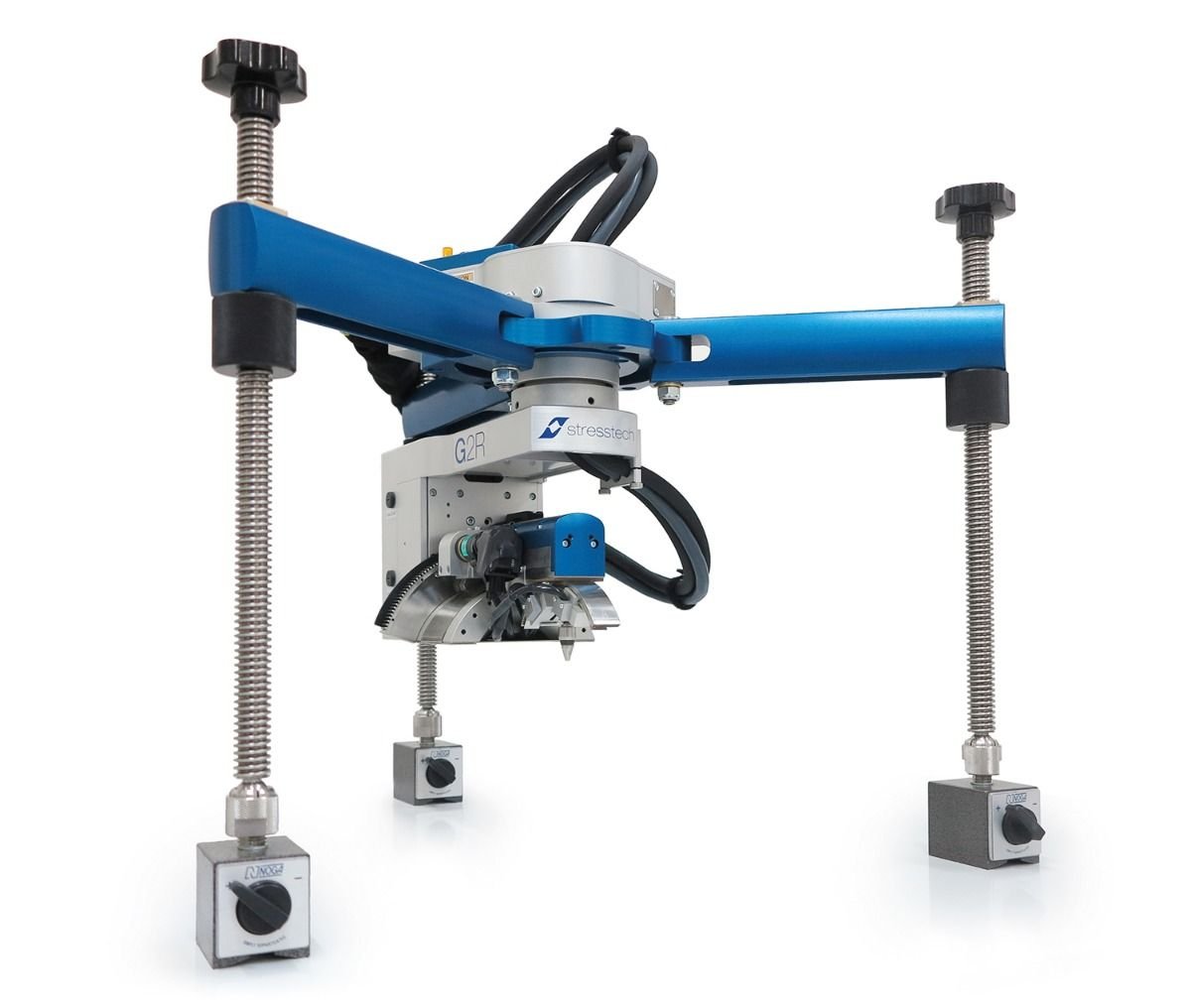 Questions about X-ray diffraction? We can help!

Our engineers are standing by to answer your questions and recommend the right testing solution for you.